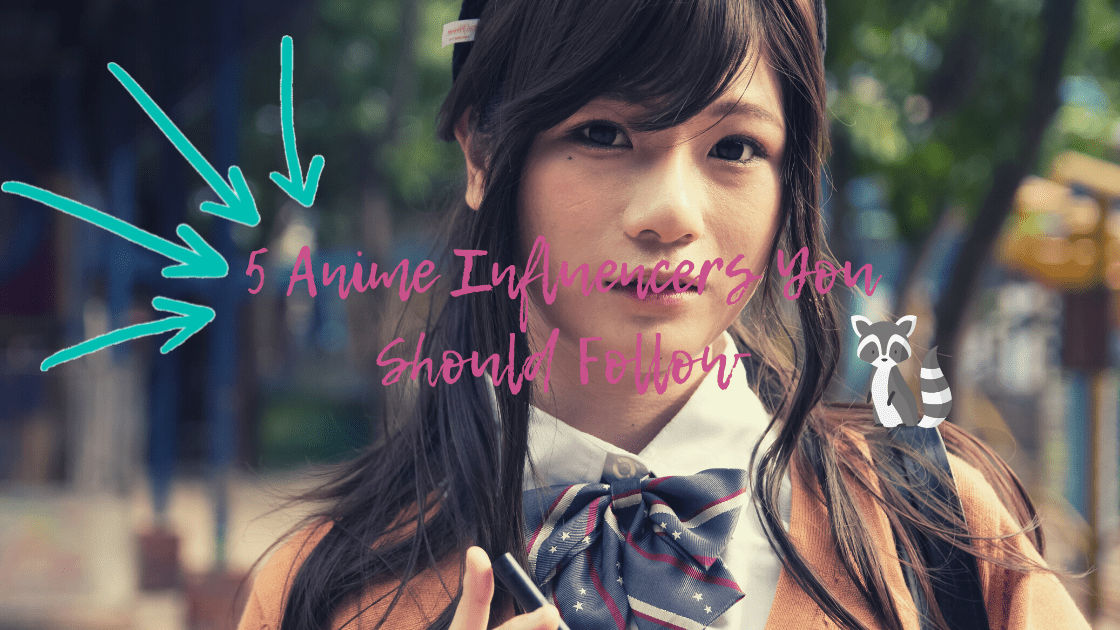 Are you a lover of anime movies? Would you love to find more exciting anime series and know more about the full ability of your anime heroes? Or do you crave a community of anime lovers where you can discuss anime characters and anime series? If your answers to these questions are yes, anime influencers are what you seek.

This blog will introduce you to the top 5 influencers in the anime business. These are people you can follow for interesting anime videos and movie reviews. They can also promote your business to their audience when you sign a deal with them. Below are the five influencers you should follow.

Mastar media is one of the founding influencers in this niche. He has been running an anime channel on YouTube since 2014. Although his real name is still unknown on the internet, many sources revealed that Mastar media is an American, a husband, and a father. Likewise, a big fan of anime and manga, creating content to entertain other men of the same culture.

Mastar Media owns an anime series called the Anime war. This YouTube-based series contains mainstream characters from famous anime shows, including Naruto, Dragon Balls, Bleach, One-piece, one punch man, and Fairy tales. This series presents the journey of each anime hero as they grow in life and battle a team of evil anime gods.

Each episode is exciting and always makes people demand the next. Aside from the series, he also makes anime commentary and character reviews. He’s a creative creator and a wonderful host. You will never get bored streaming him live. Every minute with him is fun.

He’s also open to sponsorship and endorsement deals. Mastar media videos get a lot of views and comments. Presently, his channel has over 3.5 million subscribers, and he also has a massive community of followers across social platforms.

Akidearest is an anime channel on YouTube that belongs to Agnes Diego, a Filipino-American. She’s a lover of anime movies and the Otaku culture. Before studying Psychology at the University of Diego, Agnes used to make anime music videos. She has some of her music videos hosted on her previous YouTube channel.

Presently, Agnes reviews anime series and educates people about the Otaku culture. Because of her love for the culture, Agnes migrated to Japan. She moved together with her boyfriend, who’s also an anime influencer, in 2019. Now, they both make content from Japan, revealing the most profound mystery of the anime culture to the world. And she still makes anime music-related content.

It’s always fun with her. You can’t expect anything less from someone that was the co-host for the weekly SBS podcast that lasted for more than a year. Agnes currently has 2.89 million subscribers on YouTube, and each video gets an average number of 300,000 viewers. It could go higher. One of her videos has 14 million viewers already. She’s a good pick for advertisement deals and sponsorships.

Have you ever wondered how anime character names like Naruto, Mikasa, or Sasuke would roll out in the British accent? If you care, you need to subscribe to the GIGGUK channel on YouTube. Garnt Maneetapho is a British anime influencer. He describes himself on YouTube as “a guy who likes to talk about Anime and has been doing it for way too long.” When you see this guy on YouTube, you will attest that he’s in love with the culture, and he’s not a novice.

He reviews anime series and talks about characters in his content. People love him because he’s an honest critic. Garnt tells people what they should expect from an anime show without an iota of sugarcoating. He’s fun to watch as an entertainer and the kind, people will trust when he endorses a product.

GIGGUK commands 3.26 million on YouTube alone, and each video on his channel gets 1.1 million average views. Social networks accord him the respect of many followers. You can join his communities by following him on Twitter, Instagram, and Facebook.

The Anime man goes by the name Joey Bizinger. He talks about the Japanese anime culture and comments on anime movies on his YouTube channel. He’s also been followed because of his honest anime character reviews. Do you remember Agnes’s relationship partner that we introduced earlier? He’s the Anime Man.

Joey Bizinger Is a Japanese- Australian, and most of his content is about Japanese culture and their lifestyle. He still makes anime content. He’s more remarkable because he’s experienced the culture and has been with and discussed with the people that produce these movies.

The Anime man has 3.2 million followers on YouTube. And like others on the list, his content usually gets many views. Joey is not a novice in the business and has collaborated with other big influencers, including PewdiePie.

Lost pause does more than others. He reviews anime movies, video games and virtual novels. He’s dynamic and loves to do things differently. One of his series was titled “making everything anime memes” In each episode, he turned real-life situations and conversations into anime. It was interesting, and the creativity he presented in those videos gathered many subscribers.

Lost pause is one of the hardworking influencers out there. He’s very consistent and could make two or three content in a day. His channel was terminated some time ago, but despite all the hurdles, he never gave up. Today, he’s a proud owner of a channel with 1.4 million subscribers.

These five are the best in the niche. You will enjoy them by just being a fan, and you will never regret signing a deal with any of them. With them, you will never miss out on any new anime series and stay in touch with the anime culture.