Will Influencers Prefer YouTube or Twitch for Their Streaming? Which platform, YouTube or Twitch? is usually asked by people planning to become a game influencer. They are generally confused and indecisive on which platform to put their game video contents (GVC) and host their gaming shows. If you’re currently in this position, this article is for you. Also, you can consume this content to know which one is good for the live streaming of games.

YouTube is the platform for all kinds of videos. It’s the leading social media for sharing video content. For many years, the platform has served users with amazing content on education, sports, entertainment, and general lifestyle. Moreover, it has helped businesses generate revenue and customers through its high conversion ads.

On the other hand, Twitch is a game streaming platform established in 2011. It’s dedicated to streaming live video games and music and sports broadcasting. Amazon acquired the company in 2014, and since then has been a famous platform in the entertainment world, most especially in the United States.

The two have significantly contributed to the growth of the game industry. They created a pleasant virtual environment that attracts many viewers to gaming content. Twitch and YouTube both took a significant role in the thriving of the game industry in 2020. Out of the industry’s 9.3 billion revenue made in the year, YouTube and Twitch accounted for 18% and 22%, respectively.

Moreover, they both recorded an increase in the number of game streamers. Studies also show that about 50% of viewers on the two platforms combined watch more than they play. And not just that, a significant number of them purchased products during live game streaming. Meanwhile, 52% of the viewers claimed that their favorite game influencers impacted their purchasing decisions.

All these records show that gaming influencing works, but the question is, “Which of these platforms provide the best features and environment for influencers to market their products?”. The fight of YouTube VS Twitch has been for years, and they have competed in various aspects.

YouTube and Twitch have been in this competition for a decade. Their relationship over the years can be likened to a boxing match; as one delivers a blow, the other is preparing a stronger counterattack. Let’s see how the journey has been over the past ten years.

2011: In April, YouTube launched the YouTube Live Feature that allows users to join live events. They made a section for this on their app, where users can see a list of all the live events happening on the platform. Henceforth, YouTube users get live events notifications from channels they subscribe to.

In about two months after YouTube Live introduction, Twitch surfaced on the internet. And within a short period, the live streaming platform becomes a virtual hangout for gamers. Moreover, users could watch their favorite gamers play in the let’s play section of the forum. Fast forward to July; Twitch introduces its partnership program that allows influencers and content creators to earn from their broadcasts.

2015: Four years later, Amazon acquired Twitch, and it’s doing fine on the global level. Meanwhile, many influencers are already using the YouTube Live feature. And at this point, YouTube thought it would be great to expand their platform to accommodate gamers. Therefore, they introduced the YouTube gaming platform in August. On this website, users could live stream games.

This platform is similar to Twitch in that influencers and content makers could generate income using ads displayed before and during live streams. The slight difference is that the YouTube gaming app is strictly for streaming games. Unlike Twitch, it does not allow for streaming sports or other entertainment-related activities.

2017: YouTube introduced the Super Chats features six years into the competition. It was introduced so that viewers could connect with content creators. YouTube realized that there used to be plenty of messages and comments during Live streaming, and for this reason, viewers can’t connect to these creators.

However, viewers could purchase super chats to send highlighted messages within live events with the new feature. Also, the super chat could be in the form of stickers or animated images that can be sent as pop-ups during live chats. In September, YouTube added a sponsorship program to their gaming app, through which game lovers could support their favorite influencers.

In response to this, Twitch introduced its affiliate program through which influencers can earn in addition to ads and subscriptions. Influencers could earn commissions by selling video games on their channel. Through this, Twitch was able to attract more influencers and content creators.

YouTube VS Twitch: A Battle of Facts And Figures

These two are also vying hard with data and demographics. According to a report released by live-streaming tool Streamlabs, Twitch users increased by 197% in 2017. Meanwhile, YouTube gaming grew by 343%.

In the last quarter of that year, Twitch received 27,000 concurrent streamers, implying that about 27,000 different people streamed videos simultaneously. Meanwhile, YouTube only had 7,000 in the same quarter. The highest number of streamers recorded for YouTube in 2017 was 308,000, while Twitch leads with 788,000 streamers.

The two platforms also received a similar demographic in 2020. There was a rapid increase in gaming activities in the year, and as a result, YouTube gaming hits 100 billion watching hours with its 40 million gaming channels. Moreover, each channel has about 80,000 – 100,000 Subscribers. YouTube gaming had a fantastic year.

The same was true for Twitch. Throughout the year, the platform received about 140 million unique monthly viewers. Besides, an average viewer spent at least 20 hours a week on the platform streaming video games and gaming events. And at the end of February 2021, the platform could boast 9.52 million active users and 3 million concurrent viewers. Meanwhile, in just three years, YouTube concurrent streamers grew to become 870,000.

Twitch is more viewed from a personal computer and has only 35% of mobile views. Therefore, an influencer should choose YouTube to push their mobile games, and Twitch is the best platform for advertising hardcore PC games.

Twitch is the platform for pushing long content. The engagement on Twitch is so good to the extent that influencers have the confidence of doing one to ten-hour streams straight. Live chat on the platform is incredible. Viewers can relate to their favorite influencers in real-time. Moreover, Twitch chat often tells the details of a stream, including the game the influencer is playing and who they are playing with.

YouTube can be used for longer streams, but people often prefer viewing and streaming 10-15 minutes videos. The platform also supports conversations, but it’s not as engaging as the Twitch Live Chat. However, YouTube knows how to encourage viewers to keep seeing the videos on a channel.

Both live streaming platforms are doing great in providing measurement and analytic tools to influencers. YouTube and Twitch allow influencers to integrate third-party tools to collect data and measure their channel performances.

With Twitch insight, Influencers can understand the current position of their campaign and predict the future. Also, an influencer could use these insights to make decisions that will positively impact the business and bring about more profits in the near future.

Influencer pricing is quite encouraging on both platforms. People earn on these live streaming apps by advertising products and running ads in their content. Influencers on YouTube and Twitch prefer partnership that uses flat-fee payment. It’s one in which an influencer charges a single fixed fee for a service.

Which One Should You Choose for Your Influencer Career?

Below are the pros and cons of each platform over the other. Through these, you can choose which one is best for your content.

Your choice between Twitch and YouTube will depend on what you want to realize from your influencer marketing campaign. They are both excellent for streaming videos, but some differences exist between the two. It’s up to you to choose the one that will work fine for your content and the kind of brands you want to advertise their products on your channel.

Good luck to you in your selection. And please, if you enjoy this content, don’t forget to share it with your friends on social media. 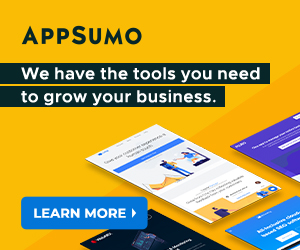